Music from the Beartooths 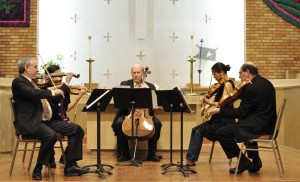 Where did Music from the Beartooths come from?

Music from the Beartooths was made possible through a generous $10,000 donation from a local philanthropist who is passionate about supporting the Arts in Red Lodge. Through the Red Lodge area Community Foundation, the Donor was able to establish a charitable fund to continue to bring these types of events to Red Lodge.

Music From The Beartooths has evolved from an experimental concert series, the Red Lodge FRINGE Festival.

The intent of the reorganization in 2016 was to broaden the scope, and to provide a basis for a more tightly knit integration of the performing arts individuals and organizations throughout the Red Lodge region. The concert and performance series runs from September through May, providing an outlet and channel for all the performing arts—though a greater part of the events may feature music performance.